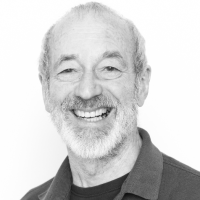 - Steve served on the Hercules, flying out of Lyneham. He was in charge of loading things onto, and unloading them from, the aircraft. Unloading often occurred mid-flight.
- Surprise! Steve's s daughter Lucie already worked at Moore Allen & Innocent when Steve joined the firm. She had no idea he had been approached or accepted the job.
- Steve collects art, and often bids on lots at the saleroom.