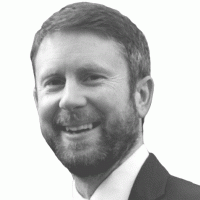 Mark joined Moore Allen & Innocent in 2005 and is Managing Partner of the firm.

- Brought up in Royal Wootton Bassett, he studied environmental science at Brighton before returning to Wiltshire to live and raise a family; married to Jules for 17 years they have two sons and a border terrier, Huxley.
- After A Levels, he took a job as a hydrolic analyst. On a training exercise down a sewer, he got a face full of waste while putting on his breathing apparatus during an emergency gas drill. Thankfully, most of his work involved mathematical modelling on a computer.
- He once skied with former champion alpine ski race Franz Klammer, although if you press him on the subject, he'll admit that although he and Klammer started at the top of the slope together, the Austrian's descent was a little faster.