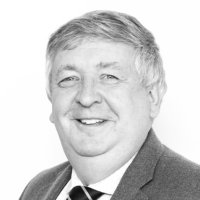 Retired Army captain Bob joined the firm in 2012 as a property manager in the lettings department. He is the first port of call for landlords or tenants with a query or problem.

- Bob is used to problem solving - he was in logistics with the Royal Corps of Transport/Royal Logistic Corps, ensuring men and material could get to where they were needed, anywhere in the world. He ended his Army career at the age of 50 as quartermaster at Hullavington barracks. Property management was part of his brief.
- Bob is the son of a Nottingham coal miner, but didn't fancy a job underground. Instead he joined the Army at 16 and has travelled all over the world, including the Falklands and the Middle East.
- He enjoys on-road and off-road cycling (he has a bike for each) and open water swimming. He recently swam six miles of the River Dart in three hours and seventy seconds.